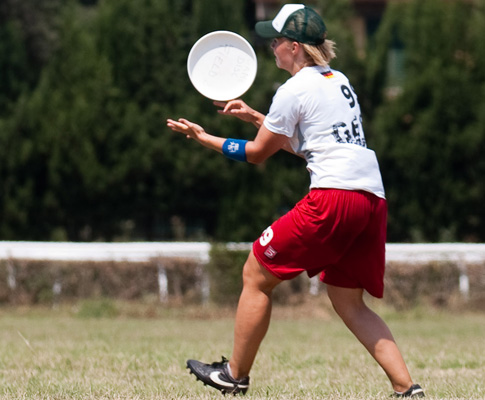 WFDF World Under 23 Ultimate Championships 2013 will abide by the latest WFDF rules, including:

For WU23, WFDF does not define a small “range” (eg. Players between 20 and 22 years old) but rather an age limit. Here is the official word from WFDF on U23 Age Eligibility:

Therefore if you turn 23 years of age anytime BEFORE January 1, 2013 you are not eligible.

The buzz surrounding WU23 in Toronto is already strong and we are even more excited to organize this event! One of the most common questions we have received thus far is, “How do I participate in WU23?” Here is some information that we hope will address any questions you have about participating.

This is a WFDF Sanctioned Event

WU23 is sanctioned by the World Flying Disc Federation (WFDF), the international governing body for all flying disc sports. WFDF is made up of the National Associations (Members representing 53 countries) that govern their respective disc sports in their own countries. WFDF provides guidelines for hosting a World Championships event and determines the rules by which athletes can participate. To learn more about WFDF visit www.wfdf.org

For WU23, WFDF does not define a small “range” (eg. Players between 20 and 22 years old) but rather an age limit. Here is the official word from WFDF on U23 Age Eligibility:

Therefore if you turn 23 years of age anytime BEFORE January 1, 2013 you are not eligible.

This is a National Team Event

Unlike the World Ultimate Club Championships where you can enter a Club team from anywhere in your country, this event is for National Teams only. Some people have asked, “how do I enter a team?” and the answer is you cannot individually enter a team. Teams are only entered by the National Associations who are members of WFDF – this applies to all divisions.

If your National Association has a website, read its pages to see if it has further information on U23 Teams and team tryouts. Your National Association may not have anything posted until the beginning of 2013 so keep checking back – you can also check to see if it has any information from 2010 as a point of reference. Or you can contact your association directly to ask further questions.

Note your National Team will likely have its own rules as to eligibility for its National Teams, and it will determine when/where/how teams are made. As National Associations make any announcements on WU23 teams, we will try to share them on Twitter as well.

Your national association will determine how many divisions it wishes to send a team for in 2013. It is our goal to welcome over 40 teams total with a minimum of 10 teams per division!

Each participant is subjected to random Anti-Doping testing at any time during the WFDF 2013 World U23 Championship event.

Each team and participant are required to pay an event fee that is used to cover the costs to run the event as well as WFDF player fees. The fees to participate for a team is $750 ($900 after the early bird deadline) and $200 ($220 after the early bird deadline). In addition, participants are responsible for all costs relating to travel to and from Toronto as well as food, accommodations and entertainment. The WU23 Tournament Organizing Committee will provide information on accommodations, optional meal plans, player fees, etc. to your National Associations in 2013.

We hope that helps answer any questions you may have about participating. If you have other information that you think should be provided here, please let us know. Stay tuned for more news and updates! Follow us on Twitter: @u23wfdf